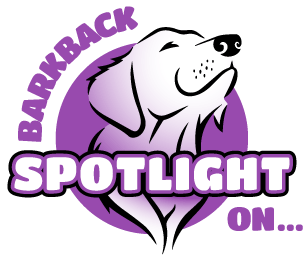 When Sabrina, a dear friend, approached Lisa Rockland for help finding and training a service dog for her son, Lisa felt honored.

Jacoby is a beautiful young boy, inside and out, who suffers from severe autism. Some of the battles that come along with his disability are being nonverbal, sleeping, having tantrums, episodes of aggression and bolting, which makes the family live day by day on pins and needles. As Jacoby was going through his testing, Sabrina realized that finding a companion would be a challenge.

And yet she didn’t want her boy to feel alone.

So she called Lisa

Lisa had worked with a wonderful breeder of yellow labs known for their even temperament, but wisely suggested the family take it one step at a time. Finding the right dog would mean the difference between helping Jacoby or not. And while training the dog was not a worry for Lisa, the issue of timing could have been. It can take two years to raise a service dog. Sabrina had already been saving and waiting for two years. Two more seemed like an eternity.

The day dawned bright and sunny. Lisa, Sabrina and her family drove to the outskirts of New Hampshire. Jacoby is a big boy. Lisa knew he would need a large dog that was kind and calm. Would they find such a dog? They entered the kennel area with 12 adult labs in outdoor pens. A few were barking. One dog in particular showed immediate interest. Lisa asked to meet him, touched him and read his body language. He was gorgeous, a one year old with a golden coat and a tail that practically wagged his entire back end. Jacoby was nervous. The dog was a jumper to start. Sabrina worried: Was the sun too much? Were the dogs overwhelming? Was her son overstimulated? Would he shut down? But the dog had eyes only for Jacoby. To Lisa and Sabrina’s absolute delight, Jacoby squealed with glee.

Lisa knew it was a perfect match. 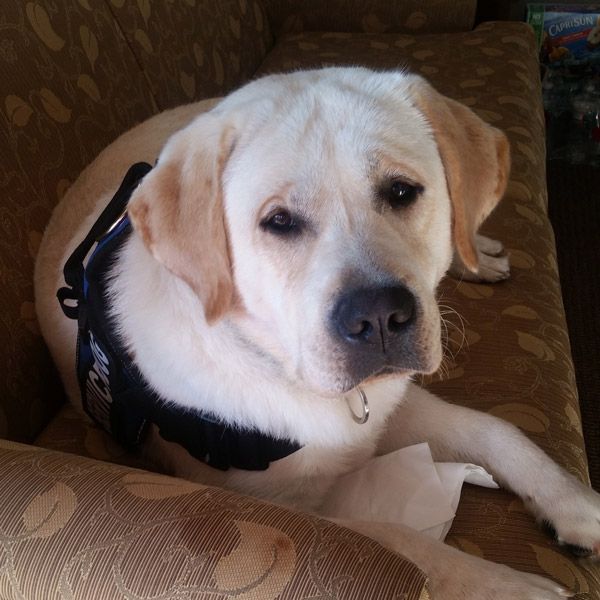 His name is Kevin.

Kevin was the name of Jacoby’s uncle.

(After her son’s favorite TV character)

During the next 30 days, Lisa took Dougie home for fine tuning and custom training to meet Jacoby’s specific needs. Fast forward to the first time Jacoby and his family took Dougie out on their own. Not only did Jacoby walk the entire perimeter of a lake, but Dougie took his new best friend swimming!

I cannot speak more highly of Lisa and how she transformed Dougie into Jacoby‘s best friend. Dougie not only gives unconditional love to Jacoby but is his protector, his aide when he is swimming, stopping tantrums, and physically harming himself. We finally as a family can go out together. Dougie allows us to go in public places without Jacoby bolting. I will forever be grateful for Lisa and Dougie for changing me and my family’s lives.

—Sabrina
Congratulations to Jacoby and Dougie! …Best Friends Ever!